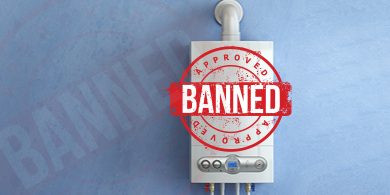 Your trusty gas boiler could soon be banned from use, according to government plans.

In 2019, the UK government announced the ‘Future Home Standard’ initiative and proposed that a gas boiler be imposed in the UK from 2025, to aid and promote environmental sustainability.

But what does this mean for the future of household heating and what alternatives are there to gas boilers?

In this guide, we’ll provide you with everything you need to know about the potential gas boiler ban; including the causes for it, what it means for homeowners like you and the alternatives that are available to gas heating.

What Exactly Has The Government Said About The Gas Boiler Ban?

It is believed that this plan includes a strategy to ban gas boilers from all new build homes from 2025. The International Energy Agency (IEA) also proposed that the selling of fossil fuel boilers should cease completely by 2025.

The date for the gas boiler ban was originally set to be in 2023. However, this caused an uproar within the heating industry, so the government retracted its plans and issued a new date for 2025.

The announcement of the gas boiler ban has received a considerable amount of media attention and has also caused a significant degree of worry amongst homeowners, with many having concerns about the future of their household heating.

With this in mind, the UK government is keen to assure the public that the plans for the gas heating ban are not yet set in stone.

According to the BBC, a Downing Street spokesperson stated that there had been a “mix-up” with the original dates communicated and there is currently no set date for the plans to go ahead.

“The government wants to implement the measures under the Future Homes Standard in the shortest possible timeline.

“We’ve consulted on introducing this by 2025 and will set out further details in due course.”

What Are The Reasons For The Gas Boiler Ban?

What Alternatives Are There To Gas Heating? 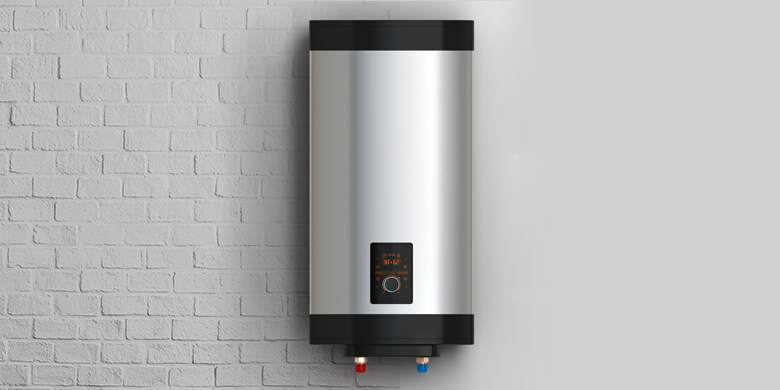 Any potential gas boiler ban is inspired by a goal for us to move away from fossil fuels and begin to make more use of renewable energy sources.

Fossil fuels such as gas, coal and oil emit greenhouse gases into the atmosphere during fuel combustion, which pollutes the earth and contributes towards global warming.

In addition, these fuels will all run out eventually, so they are not a reliable source of energy for the future.

Unlike fossil fuels, renewables are able to generate energy from natural sources like the sun, wind, and ground, so they don’t emit any greenhouse gasses. They are therefore better for the environment.

These natural sources are also available in abundance and are thus far less likely to run out.

But what can be used in place of the gas boilers that have become such a central part of so many homes?

Below we list a few of the renewable options that are available to homeowners to help them heat their homes efficiently:

1. Ground Source Heat Pumps(GSHPs) – These systems are designed to absorb underground heat using pipes which are buried in your garden. This heat can then be then used for heating and hot water purposes within your home. There are two main types of GSHPs: vertical and horizontal.

Average costs: Installation can cost between £14,000 – £19,000. Running costs will depend on the size of your property and the quality of its insulation.

2. Air Source Heat Pumps (ASHPs) – ASHPs extract heat from the air and this heat is then used to provide heating and hot water to your home. These systems can absorb heat from temperatures as low as -15°C. There are two main types of air source heat pumps: air to water and air to air.

Average Costs: Air source heat pumps typically cost around £9,000 – £11,000 to install. Like ground source heat pumps, running costs tend to depend on the size of your home and the quality of its insulation.

3. Electric heating – When paired with a renewable energy source, electric boilers can be a highly efficient form of heating. Other types of electric heaters include storage heaters, bar fires and other portable heaters.

Average Costs: Electric boilers can cost up to approximately £2,000 to install. Storage heaters can cost around £400 for each unit and standard electric heaters can cost as low as £20. However, the cost of electricity tends to be higher than the price of gas, so running costs are likely to be more expensive.

4. Hydrogen Boilers – Hydrogen or ‘hydrogen ready’ boilers are designed to work in a similar manner to gas boilers, however, instead of using a fossil fuel, it will use pure hydrogen. Hybrid systems, where these boilers would be linked with air source heat pumps, are also a potential option for the future. 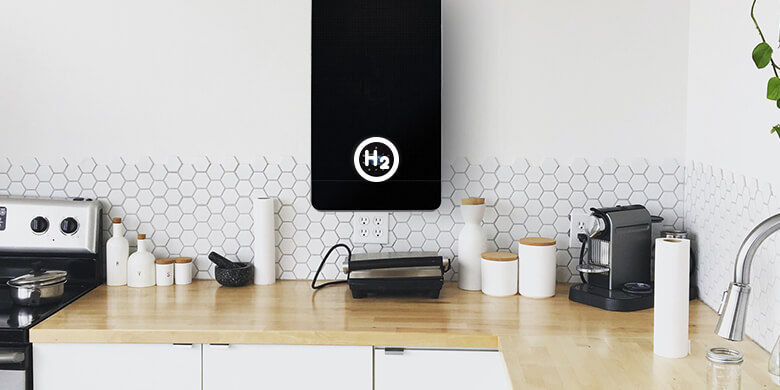 Hydrogen boiler systems are not yet available to purchase or install, however brands such as Worcester Bosch, Baxi and Viessmann have developed prototypes.

Average costs: Costs have yet to be determined for hydrogen boilers.

5. Solar panels – Solar photovoltaic panels work by capturing energy from the sun and converting it into electricity for you to use in your home. They are typically easy to install and homeowners can choose to have them installed through roof tiling, cladding or custom glazing. Solar panels do not require direct sunlight in order to generate energy, however, they do work best when there is a strong quality of sunshine.

Average costs: According to the Energy Savings Trust, domestic solar PV systems cost around £4,800 on average.

6. Biomass Boilers – These systems work by burning materials such as wood, plants and other forms of organic matter to generate energy. Biomass boilers are connected to your central heating system in order to provide your home with heating and hot water.

Average costs: The average cost of a biomass boiler is between £11,000 and £17,000, this includes installation costs, flue and fuel store. You will also need to consider the cost of organic materials that will be used for fuel.

Does The Government Offer Any Financial Aid For Renewable Energy Costs?

The cost of having renewable energy sources installed has been one of the main concerns for UK homeowners, in light of the news of a potential gas boiler ban.

Renewable sources tend to cost considerably more than gas boilers. However, their running costs are usually significantly lower, so homeowners could save money in the long run.

Nevertheless, many homeowners simply can’t afford to fork out thousands of pounds to install a renewable energy source into their home.

In the past, the government has set funding schemes to help homeowners fund renewable energy.

More grants may become available when and if the gas boiler ban gets imposed by the government.

What Does The Gas Boiler Ban Mean For The Future Of Domestic Heating?

The potential gas boiler ban is likely to be just one of the changes that will be made in order to help the UK reach its efficiency targets.

There has also been talk of banning gas cookers and hobs in aid of environmental sustainability, which is likely to change the way in which people cook within their homes.

With many renewable sources requiring further improvements like insulation, it’s safe to say that UK homeowners will need to be ready and willing to take on the changes that are likely to come in the next couple of years.

Likewise, the government must provide help to homeowners in the form of information and advice, as well as funding.

Communication and cooperation will be essential for the UK to meet its efficiency targets.

Can I Still Get A New Gas Boiler Installed?

Gas boilers are still available to purchase and install. With the gas boiler ban not yet being confirmed, and thought to only be applicable to new builds, an A-rated gas boiler is still one of the most efficient forms of heating you can get.

Try our free online quote tool today to get a personalised estimate for your new boiler installation. 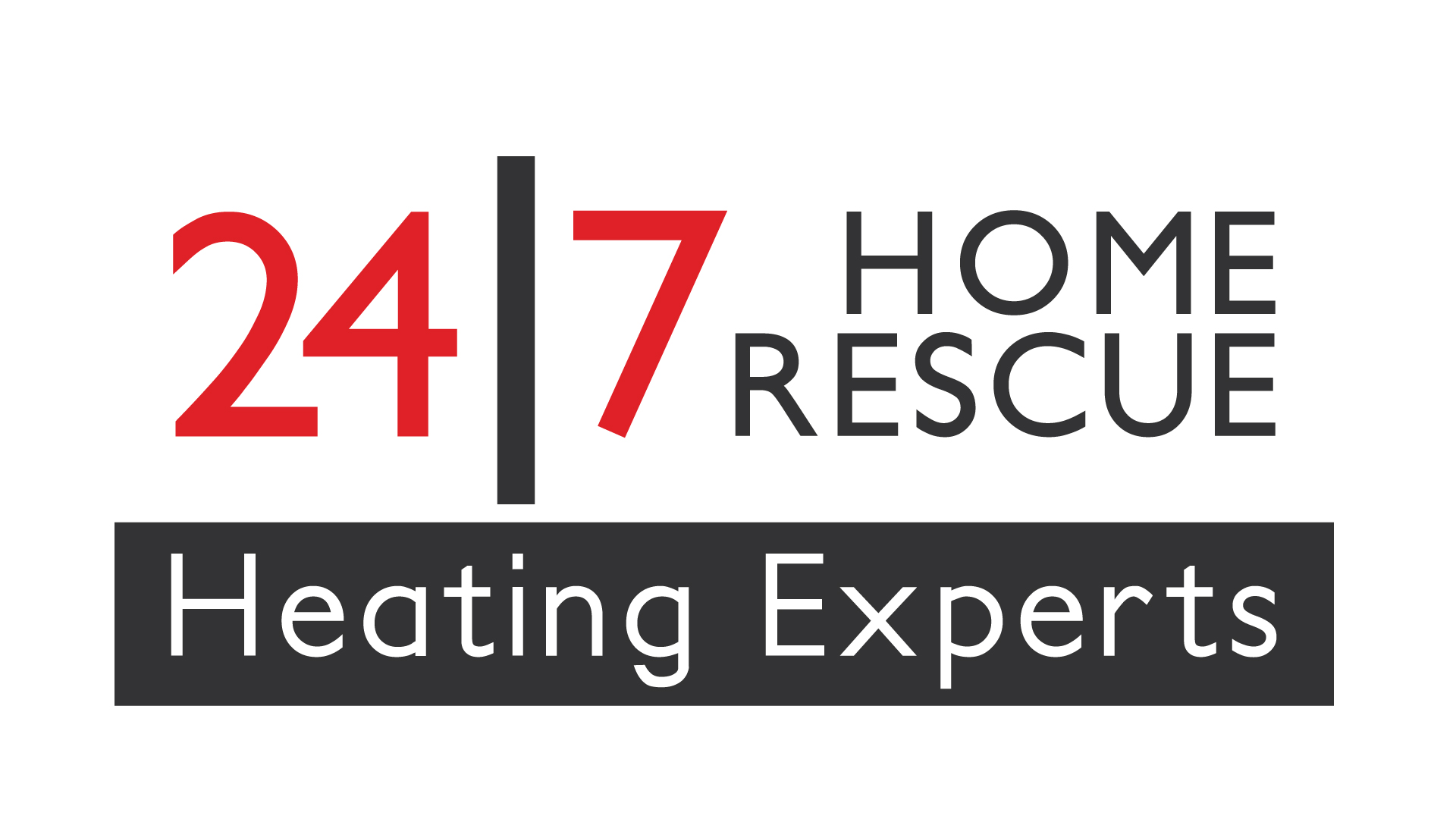 Have a brand new boiler installed tomorrow
Get a Quote Now

What Will Replace Gas Boilers In 2025?

There is likely to be a gas boiler ban by 2025 which begs the question: what will replace gas boilers? The most obvious answer is electric boilers. However, hydrogen boilers are also another option.

Are Gas Boilers Going To Be Banned In UK?

What Is The Alternative To Gas Boilers?

Energy Price Increase: What you can do to keep your bills low
May 31, 2022

Hi-Life Diners Club Card Offer: Terms and Conditions
February 15, 2016
How to Guides & Blogs
Go to Top
Boiler Breakdown
An unforeseen electrical and mechanical malfunction can cause a boiler to stop working altogether.