Hydrogen Boilers: A Comprehensive Guide – Future of Heating in UK 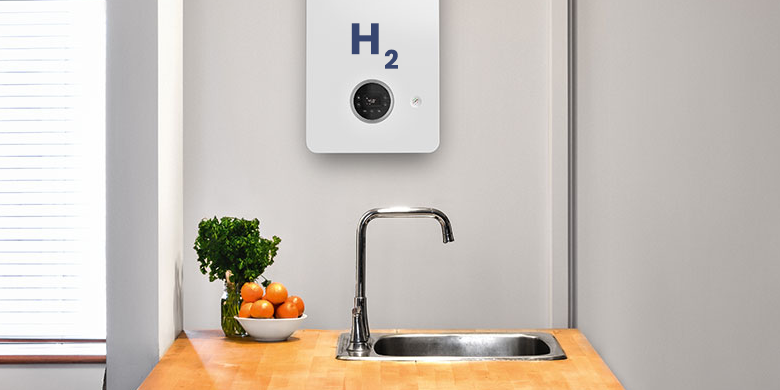 With the UK government looking to achieve net-zero carbon emissions by 2050, we could soon see an end to gas central heating.

A number of alternatives have been proposed to help homeowners keep their households warm, one of these being hydrogen ready boilers.

So, what are hydrogen boilers, and could they be a suitable alternative for gas heating?

As the global effects of climate change increase, there is an ever-greater focus on trying to find alternatives to burning natural gas as a way to heat our homes. So, what are hydrogen boilers, and could they be a suitable alternative to gas central heating?

How Do Hydrogen Boilers Work? 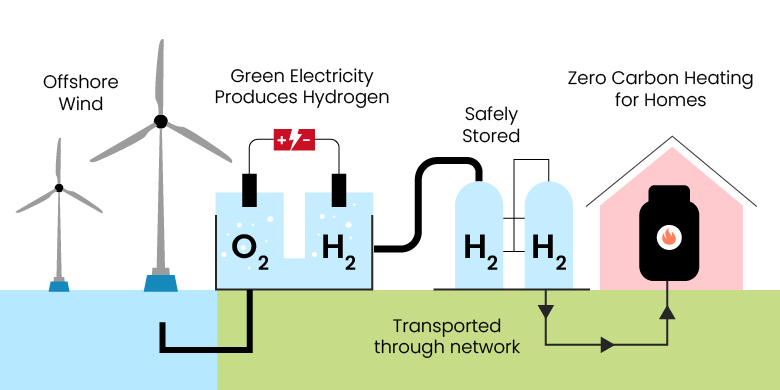 Hydrogen boilers are designed to work in a similar manner to normal gas boilers. However, instead of burning air-polluting fossil fuels for energy, these systems are powered by hydrogen. Hydrogen is a zero-carbon gas, so using this element as fuel could help us reduce carbon gas emissions and assist us in meeting our sustainability targets.

Hydrogen boilers are currently still in their prototype stage. However, there have been a number of proposals for how they could work. For example, there have been discussions regarding using an electrochemical process to separate hydrogen from its source fuel. The carbon emitted during this process would then have to be captured and contained.

Electrolysis has also been suggested as an option. This would involve splitting water into its constituent elements, i.e. oxygen and hydrogen.

Hybrid systems have also been suggested. This would involve linking the hydrogen boiler with an air source heat pump to create an even more sustainable solution.

Hybrid systems which can be powered by both natural gas and hydrogen have also been proposed. Brands like Worcester Bosch and Viessmann have developed prototypes of these hybrid systems, designed to be able to use natural gas whilst it is still a primary fuel source, and hydrogen once it is integrated into the infrastructure.

Why Do We Need Alternative Forms of Heating? 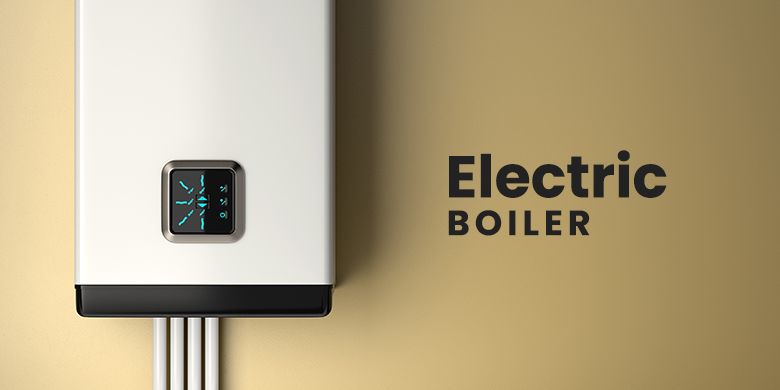 Heating currently accounts for approximately a third of the UK’s total carbon emissions. In order to become more sustainable and help the government meet their efficiency targets, we need to develop alternative, less carbon-intensive ways of heating our spaces.

Currently, gas boilers are the most popular form of heating in the UK; with approximately 95% of homes using gas central heating.

Despite its many benefits, like price and convenience, gas heating involves the burning of fossil fuels. During this combustion, greenhouse gasses are released and as these gasses cannot escape the atmosphere, they become trapped and consequently cause temperatures to rise; thus, contributing to global warming. Fossil fuels are also at risk of running out, making them an unreliable source of heating for the future.

In order to increase sustainability, the government is considering implementing a gas boiler ban, which would mean that the majority of households within the UK would need to find an alternative form of heating. Pros and Cons of Hydrogen Boilers

There’s no doubt that hydrogen boilers would offer significant benefits in the battle against climate change, but they are not without their downsides as well:

Hydrogen ready boilers are not available for purchase at this stage. Brands such as Worcester Bosch, Viessmann and Baxi have developed prototypes, but fuel production research and trials are still underway.

The UK government is currently working with industry researchers to test hydrogen as a heating fuel and to trial production methods.

Projects currently underway to test the viability of hydrogen include:

The project involves fitting hydrogen boilers in over 300 homes in Fife, Scotland. The homes will also be fitted with cookers and other appliances and should be fed with hydrogen gas by the end of 2022. The trial is scheduled to last for around four years, and an estimated 1,000 properties will be included.

How Much Could A Hydrogen Boiler Cost?

Official pricing for hydrogen ready boilers has not yet been confirmed, as they are not currently available for market purchase.

However, many speculate that hydrogen systems will be priced similarly to gas boilers, in order to make them just as attainable to homeowners.

Gas boiler installations can cost between £2,200 – £4,000 on average, depending on the type of system selected (combi, regular or system). The brand, model and size of the boiler will also have an impact on the overall costs; as well as the complexity of the installation process.

How Can I Heat My Home Efficiently in The Meantime?

Whilst the trials for hydrogen heating systems are still underway, there are a number of ways in which you can heat your home efficiently in the meantime. These include:

Try our free online quote tool today to get a quote for an A-rated boiler for your home today.