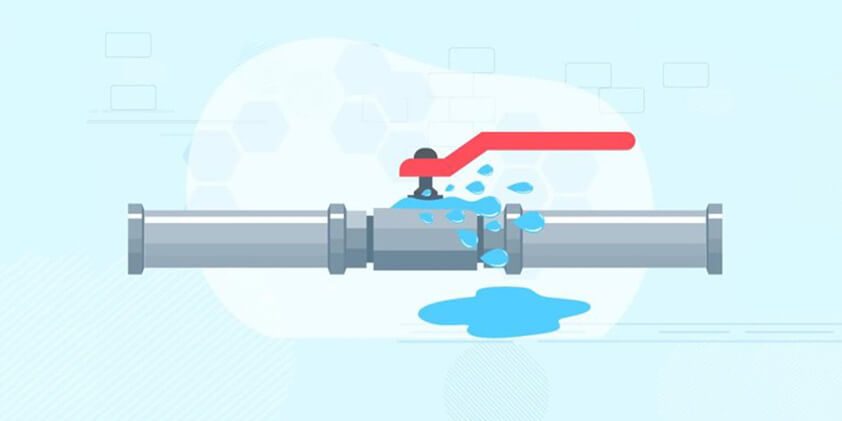 An overflow pipe is an extension from a storage tank or cistern that stops the water from overflowing. It’s an essential part of a home’s water storage systems, ensuring that your house does not flood with water; thus, the pipe is sometimes extended from the rear of the house wherever the water is discharged. To check for an overflow leaking pipe, see where the water ends up collecting.

Some plumbing systems that have an overflow pipe are:

Why Is The Overflow Pipe Leaking?

The overflow pipe leaking outside is an alarming situation when it comes to your plumbing systems even though it may be a small leak. Prolonged leaks might result in a water overflow and unnecessary mould, which could mean that you must switch the entire plumbing system off if not taken care of at its earliest. It is therefore advisable to deal with any issues as soon as they occur. If you know where the leak is, many problems can easily be dealt with, simply follow our simple step-by-step guide. The following are the most common causes of leaks you need to watch out for: 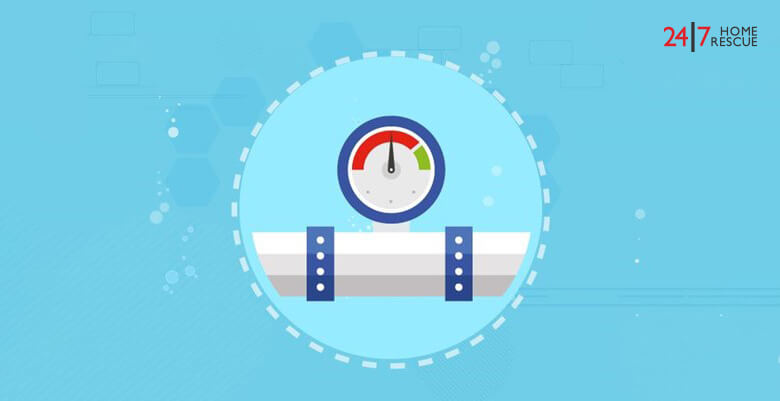 Increased pressure is the most obvious explanation for leaky pipes. If the water pressure is higher than what the pipe can handle, the tube is going to leak. There’s an associated water valve within the overflow pipe that checks the pressure and the flow of water. The valve might have loosened due to a continued increase in pressure, or the pipe may have damaged due to constant leakage.

2. Determine Which Tank Pipe Is Overflowing 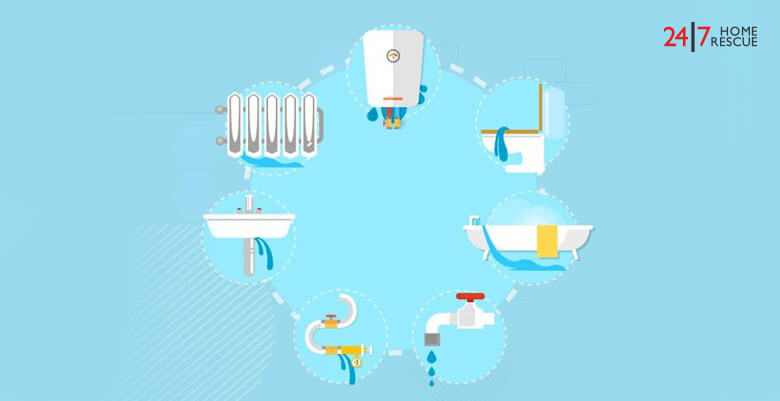 If the outflow is at ground level, then it presumably means that your toilet pipe is overflowing, and if you notice dripping from over the roof, then it might be your heating system feed or enlargement tank’s pipe overflowing.

If you’re still undecided regarding which pipe needs fixing, you’ll need to keep checking the tanks and cisterns’ water levels or you can simply call a gas-safe certified engineer to help you figure it out.

3. Analyze The Float Valve And Washer 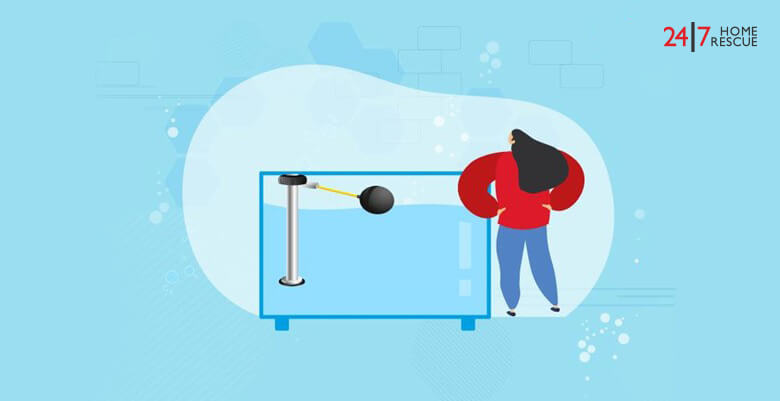 Washers tend to wear out easily, as they’re continuously in contact with water. Few cheap, low-quality washers can also be the culprit behind leaks as they do not last long and result in leaking and other plumbing damage. Replace the washers in such cases, and you’re good to go.

Check that the float valve is not stuck and is flowing freely. If not so, try to release it. You should also check for damages to the float valve. It might be damaged or might have a leak or a hole. Please don’t ignore it, even if the ball is almost unrecognisably broken because it could lead to complicated plumbing problems over time, like leaks reaching tiles, electrics, and the ceiling. Replace the float valve if found broken.

Replacing a float valve is not difficult and ought to be done as soon as a broken valve is detected.

4. Ways To Switch The Valve Off 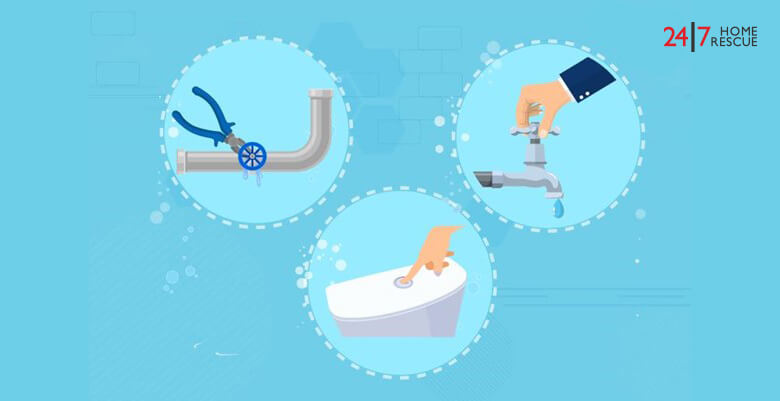 Once you are aware of where the problem is around the float valve or washer, you ought to replace it. However, before that, you should prevent the water from flowing into the tank, so there’s no excess water loss. 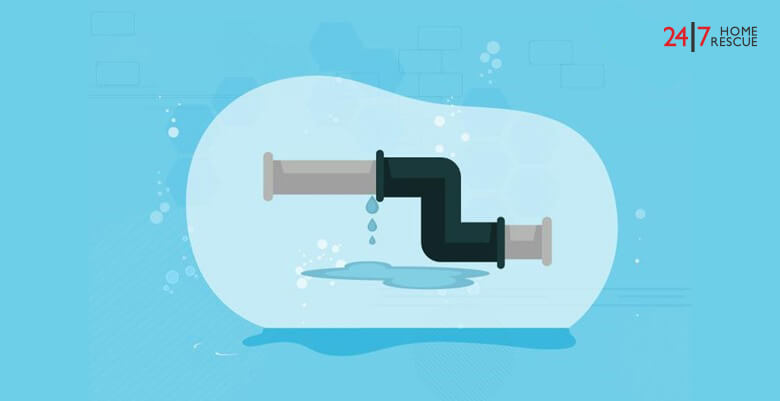 The toilet overflow pipe ends outside the house and will overflow if the water flow within the tank/cistern doesn’t stop. There are multiple fixes for this:

The float valve might be twisted within the valve chain.

The float valve’s height might be set too high to shut most of the water systems off. For that, you’ll have to control the extent of the float valve by bending the arm of it’s metal or adjust it by screws if it’s plastic.

The overflow pipe might be leaking due to multiplied water pressure within the pipe, for that check the isolation valve and close it off to manage the flow.

If it is still leaking, then there may be damage within the valve itself or the washer. For that, you’ll have to follow the steps mentioned above to replace the washer or the float valve.

The cold-water feed and enlargement tank overflow pipe extend through the massive water cistern to outside your house. The tank provides water to sinks. If any of the system’s overflow pipe is leaky, then these might be the following causes:

Peek inside the tank and if there is a constant drip from the water feed, try adjusting the float valve or replace the valve, or washer.

If the pipes are working fine and the float/washer is also fine, then the only reason for the leak could be that the water is being pushed back from the outlet pipes leading to a leak. This problem could be resolved by calling a gas-safe professional. 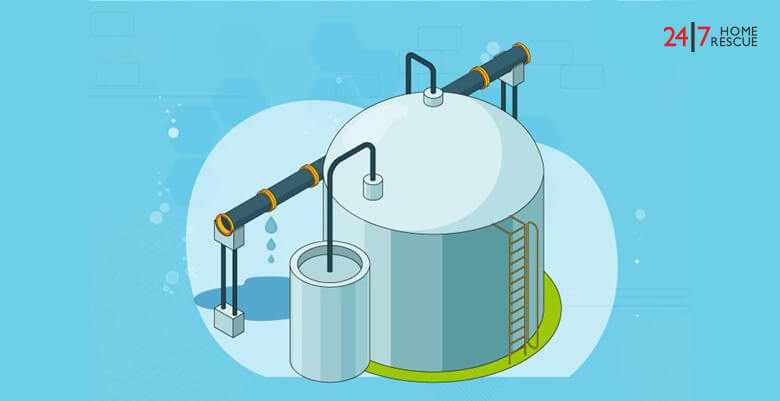 If you see constant water dripping into the tank, ensure the float valve is not damaged, or the washer is not worn off. If you observe such issues, follow the above-mentioned step of replacing the float valve and washer.

If your cold-water feed is working fine, and the float valve and washer are also undamaged, then the only cause for the overflow could be because of some issues with your hot water cylinder. 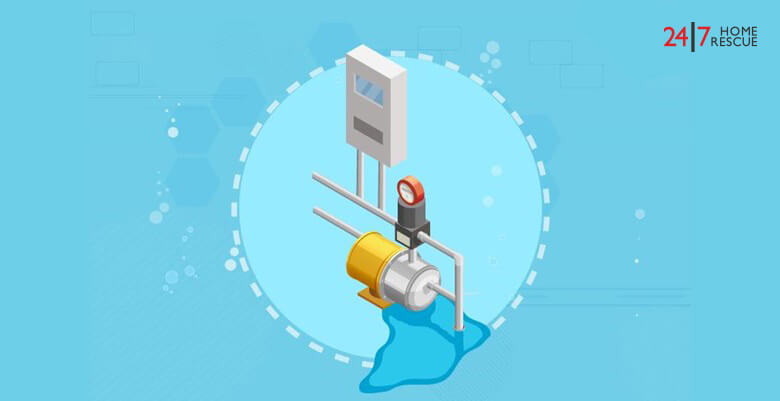 Boilers also have a pipe that resembles an overflow pipe consisting of a pressure relief valve. This valve releases water when the system is under too much pressure. The pipe has its end outside your house to prevent any flooding. But the valve only flows when there is a problem in the system. So, if you see this valve leaking, you should immediately take notice.

Note: Do not mistake the pressure valve pipe with a condense pipe as there is a condense pipe that flows when the central heating system is turned on, and hot water flows through those pipes

The pipe might leak because of excessive pressure to the system or because of issues with the pressure valve. In both cases, it is highly advised to call professionals for service. 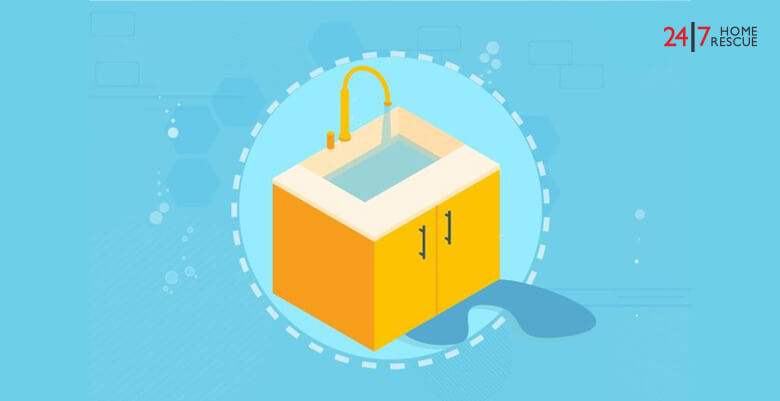 The overflow pipe of the sink is located below the sink that has its opening down the drain. This pipe prevents your sinks from overflowing. So, if there is a problem with the sink overflow pipe you won’t be able to point it out. But the problem indications surface with your sink or baths. If you observe any problem with the drain, the simple step for it is to unclog it and let the sink drain.

So, after listing all the problems and possible solutions for them, we hope you will be able to detect your overflowing pipe problems effectively.

Just remember If you observe a problem with your central heating system or cold-water feed or expansion, and you aren’t able to fix it yourself, it will be advisable to call for professional help. 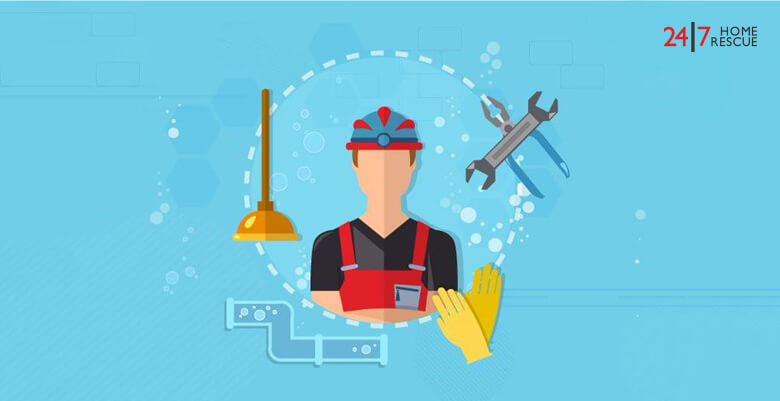 Q: Which pipe is dripping excess water outside the house?

A: Most overflow pipes have an opening outside the house, so if you spot a leaking pipe outside, check for which system’s pipe it is. Follow the guide above.

Q: How do you fix a leaking overflow pipe?

Q: What is the purpose of an overflow pipe?

Q: What is the size of an overflow pipe?

A: At Least 9mm in diameter, fitted at a constant fall

Q: How does an overflow drain work?

A: The overflow opening serves 2 important functions: If the water tap is left on, the opening will channel water down into the drain opening rather than letting it spill out of the sink onto the floor. The overflow allows the sink to drain faster by introducing air into the system.