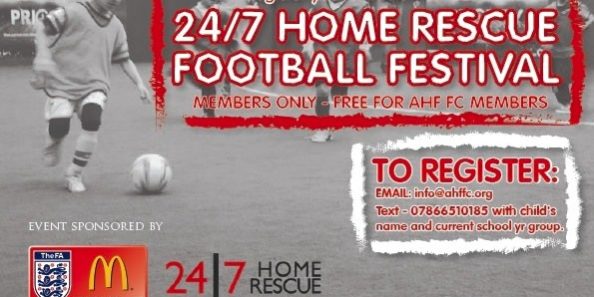 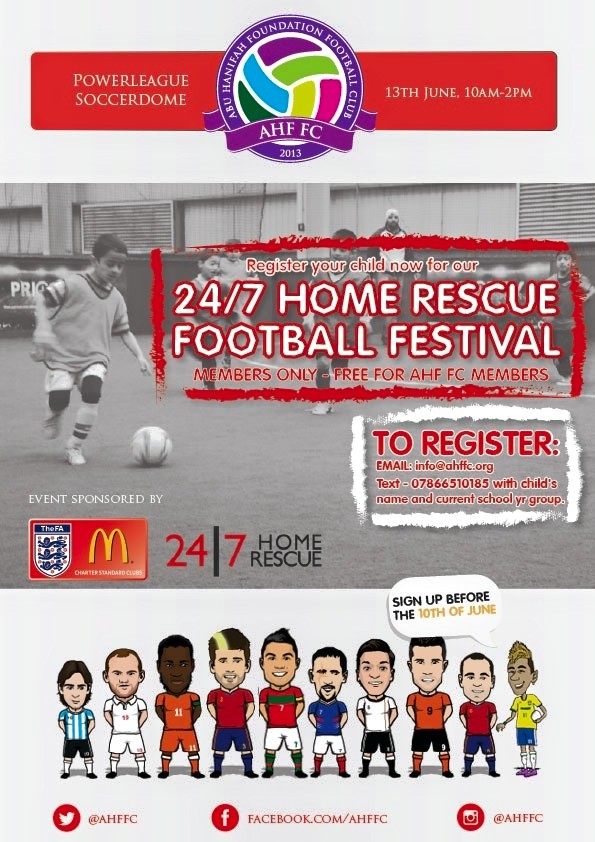 Interested parties must act soon, however – the deadline for registrations is June 10th.

The internal tournament and end-of-season celebration, which is sponsored by Lancashire’s warranty experts 24|7 Home Rescue, will be held in the Powerleague Soccerdome in Blackburn. Registration is open to all AHF FC members, all of whom can get in for free.

“This has been an incredible season for AHF FC.

“Not only did we win the FA Charter Standard Club Award and the North West Regional Award, but we have also been chosen to represent Lancashire in the National Awards, in front of a judging panel including such giants as 1966 World Cup winner Sir Geoff Hurst.

“But we’re not resting on our laurels – we aim to make the next season even better!

“Let’s finish this season with a bang by holding an event to remember on June 13th!”

“We are proud to support an organisation that provides so much to the local community, but AHF FC’s continued success is really the icing on the cake.

“This football festival does not just blow the final whistle on the previous amazing season, but kicks off an even brighter future for the dedicated children and volunteers at AHF FC.”

To register for the 24|7 Home Rescue Football Festival, please email [email protected] or text 07866 510185. Please include your child’s name and their current school year group.