A home emergency in Plymouth, Devon, has underlined the importance of gas safety checks and carbon monoxide detectors. 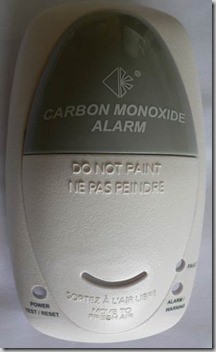 At 9:25am this morning (31st October), Devon and Somerset Fire and Rescue Service were called to a residence in Houndiscombe Road, Mutley, after a carbon monoxide detector had activated.

Three fire crews visited the property, with the emergency services donning breathing apparatus to check the building with a gas detector and shut off the gas supply.

Fire crews also confirmed that all the residents had been evacuated from the building to ensure that nobody was in danger of developing carbon monoxide poisoning.

It was discovered that a defective gas boiler had led to the incident, and the appliance was left in the hands of a Gas Safe Registered engineer.

Carbon monoxide is a tasteless, odourless and colourless gas, but it is also highly toxic. The gas sticks to haemoglobin in the bloodstream, preventing red blood cells from picking up and carrying oxygen to the cells in the body. This leads to a range of symptoms, including headache, nausea, dizziness, fatigue, breathing problems and stomach pain.

It doesn’t take long for carbon monoxide to effect people, either – if there is a high concentration of gas in the air, unconsciousness and death can occur in just two hours.

Carbon monoxide is produced through incomplete combustion of mains gas, and poorly-maintained or incorrectly-installed gas appliances are common sources of the substance. Therefore, you should have your gas appliances serviced every year by a registered professional – and ensure they do a thorough job!

Why you need a carbon monoxide detector

As you cannot smell or taste carbon monoxide, and as the symptoms of CO poisoning are so similar to a range of other illnesses, such as the flu, you may be unaware that you are breathing in the toxic gas until it is too late.

The only sure-fire way for people to be alerted to the presence of CO in their home is through the use of carbon monoxide detectors. It is best to choose a system that sounds an alarm when it detects CO, as visual detectors will not alert you to the presence of the gas when you are asleep.

HomeServe research has shown that huge numbers of people think that smoke alarms detect carbon monoxide. This misinformation can prove fatal – households should contain both smoke alarms and CO alarms.

You should also know what to do if you suspect someone has carbon monoxide poisoning.

How we could help you stay safe from Carbon Monoxide

Many of our boiler cover packages come with carbon monoxide tests, gas safe checks, boiler services and everything else you need to keep your gas appliances safe and secure. Of course, while we can help you minimise the likelihood of CO poisoning, a 247 Home Rescue service plan is no substitute for a CO alarm.

UK Weather: Warning of Ice as Temperatures Fall Further
January 23, 2019
How to Guides & Blogs
Go to Top
Boiler Breakdown
An unforeseen electrical and mechanical malfunction can cause a boiler to stop working altogether.